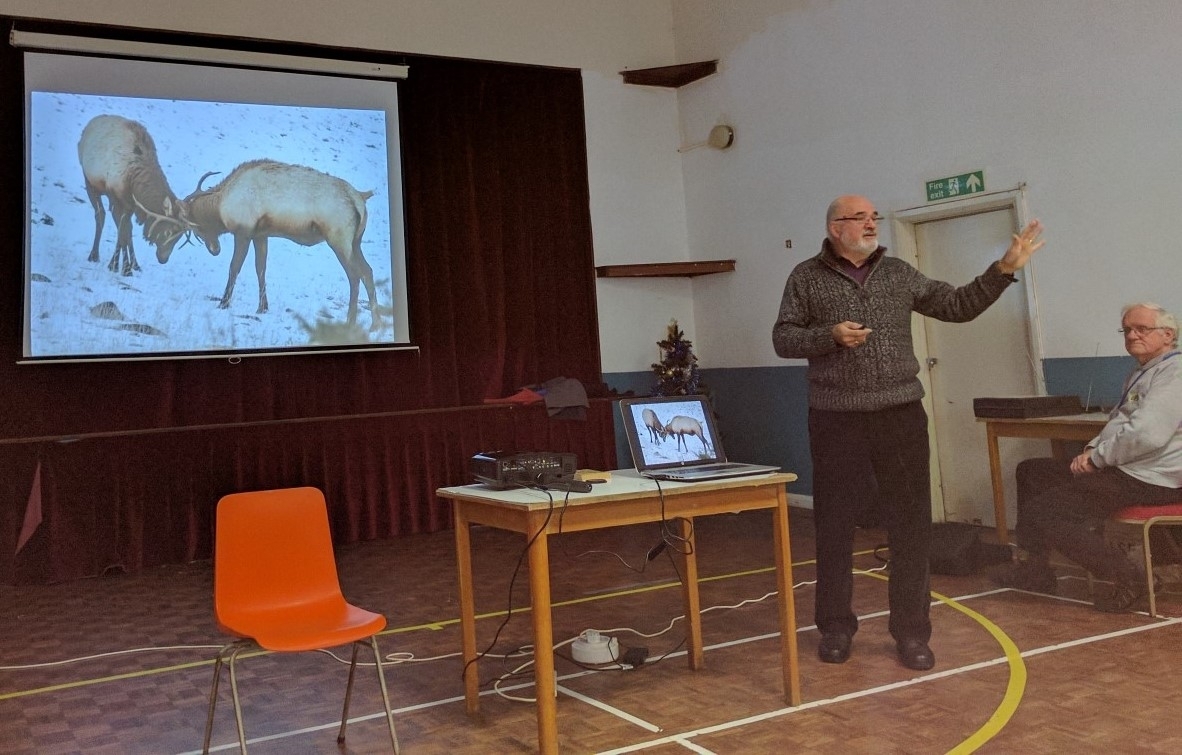 The speaker at the first monthly meeting of the year, Julian Cremona, took us to Canada with the aid of photographs and dialogue Churchill, to be more precise, which he and his wife visited some ten years ago.  His photographs are amazing, close up pictures of polar bears, a silver fox, arctic hares, red and arctic foxes, elk and deer.  You almost felt they were only feet away rather than just looking at  them on the screen apparently over 3000 photographs were taken in all.

The talk followed the journey Julian and his wife took.  Commencing in Vancouver, where they hired a vehicle to take them northwards to Churchill, having been assured it would not be necessary to have a four wheel drive vehicle since there was no snow. Not so, it was necessary for them to retrace their steps because of snow. In fact, part of the journey had to be undertaken by air as there was only a narrow window of time during which Polar bears may be seen before they depart for the ice cap in order to feed.

Julian has such an enthusiasm for his subject, explaining and giving great insight to the nature of the area he was exploring.  However, as soft and lovely as polar bears look they are the largest land living mammal on earth and not one to be trifled with.  The Tundra which covers some one million square miles is home to these magnificent animals.  They wait patiently for the ice to form to enable them to seek their food, in the main seals.  Having not eaten for upwards of six months, it is not surprising the human residents of Churchill are ever watchful for these creatures, placing bars at their windows just in case a passing bear decides they might make a tasty meal!

The talk was much enjoyed by the members who can look forward to hearing of Julian’s adventures in Costa Rica, his next destination.

A YouTube clip of a Polar Bear sliding as Julian described!