A total of 28 people gathered at 10.00am in Laugharne to walk the first 5 mile leg of a figure of 8 loop. These consisted of various Pembrokeshire U3A members as well as some from Narberth and Preseli U3As. 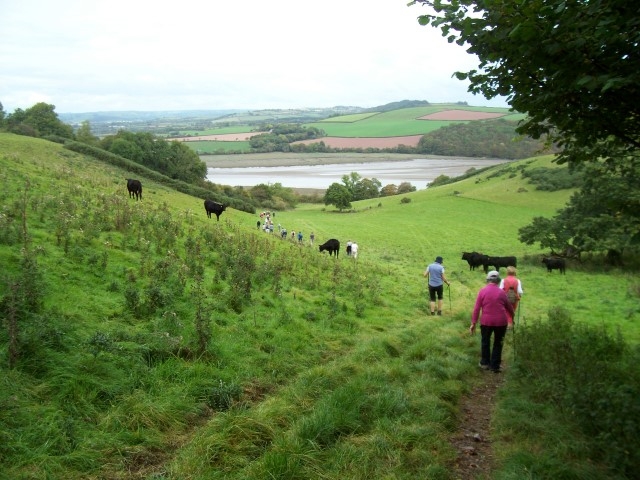 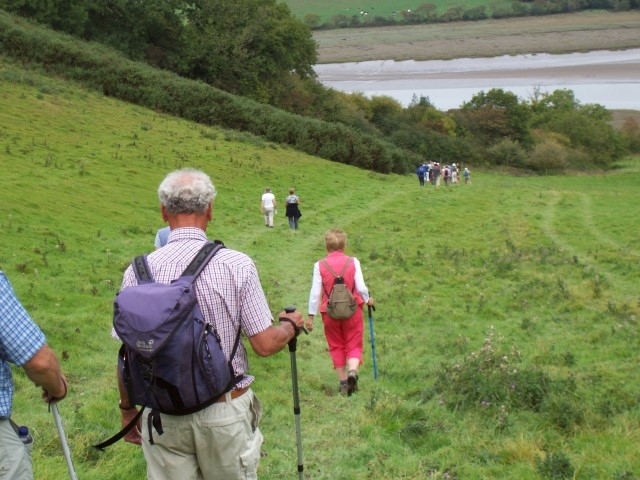 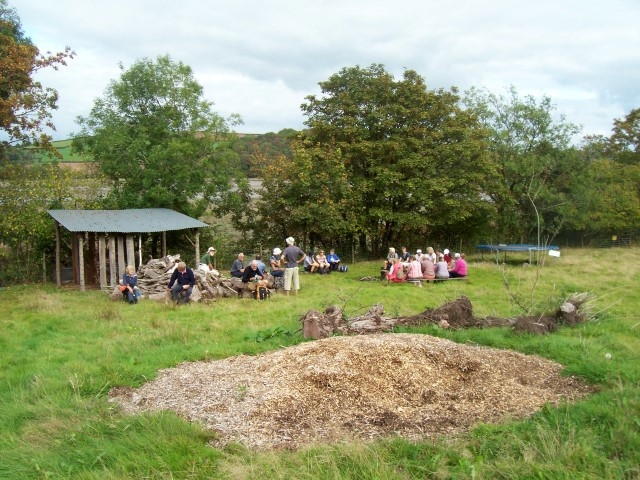 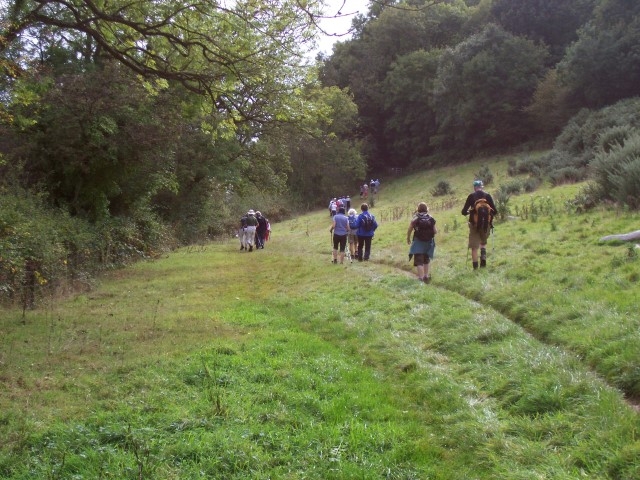 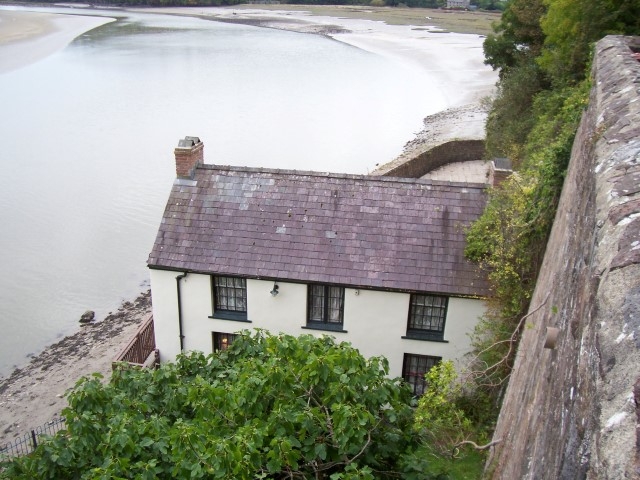 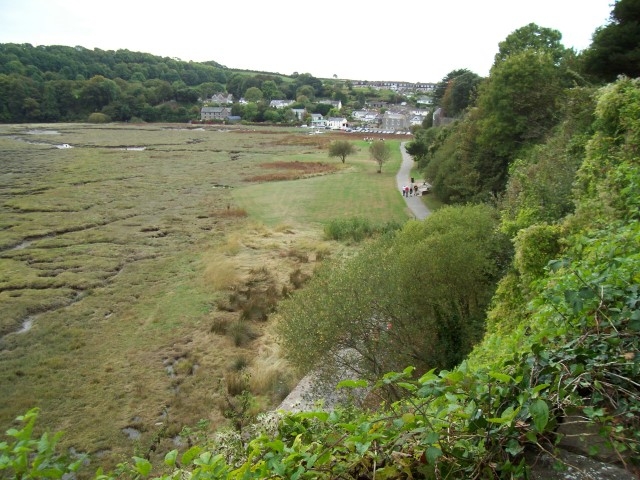 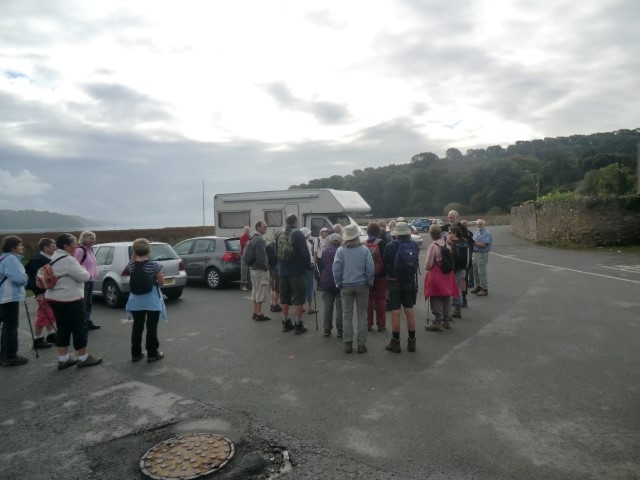 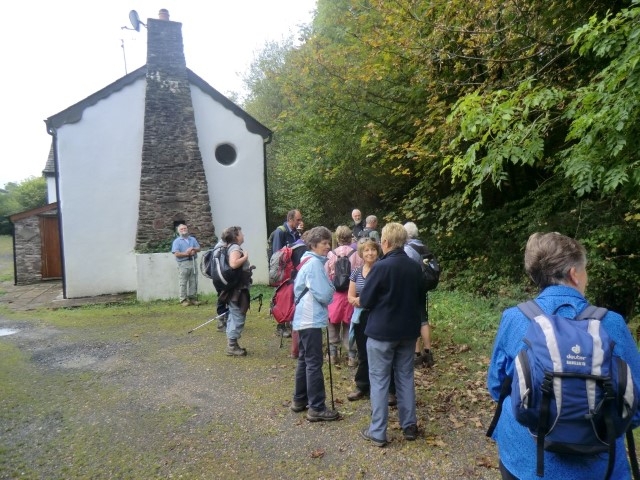 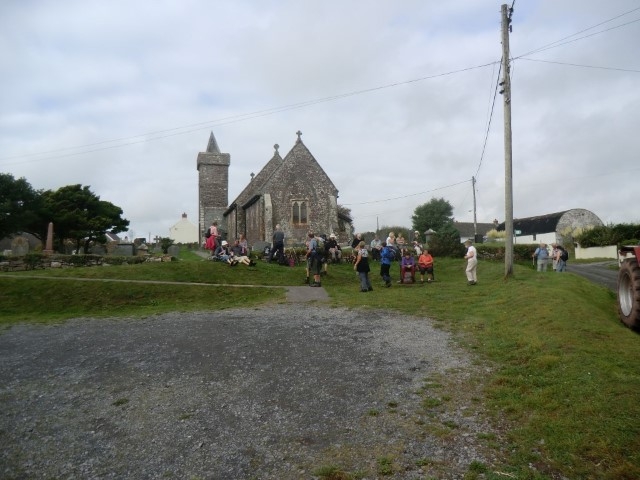 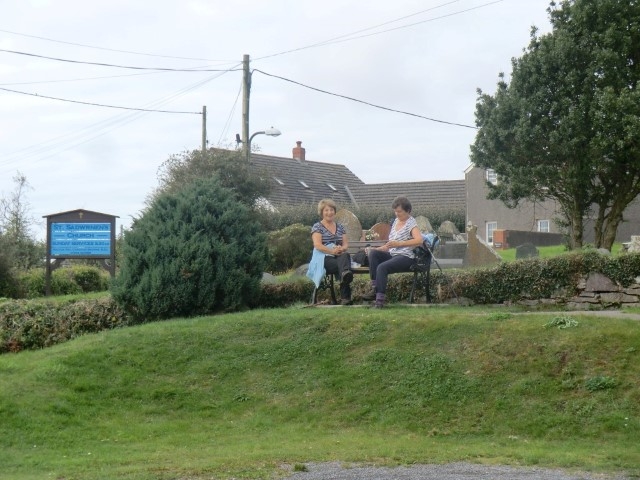 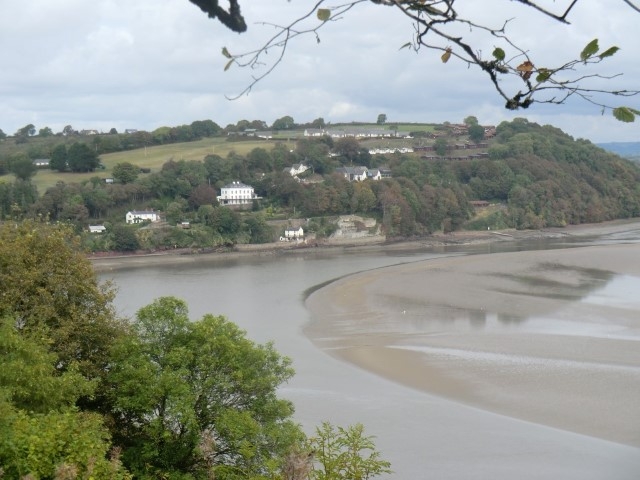 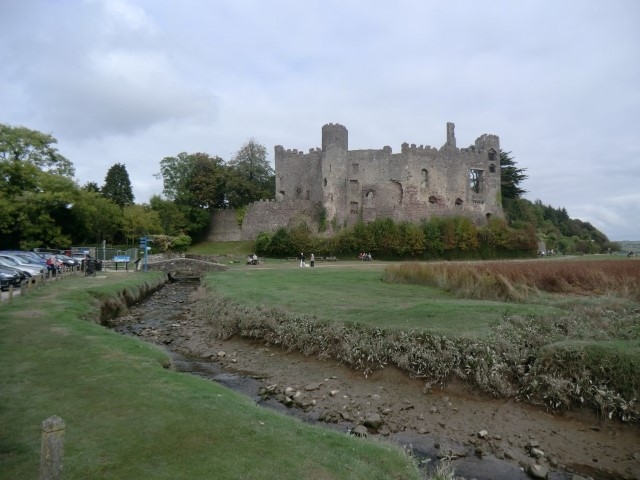 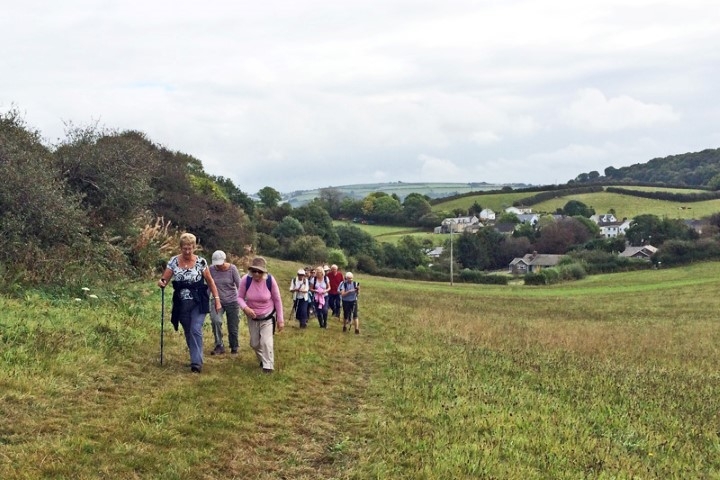 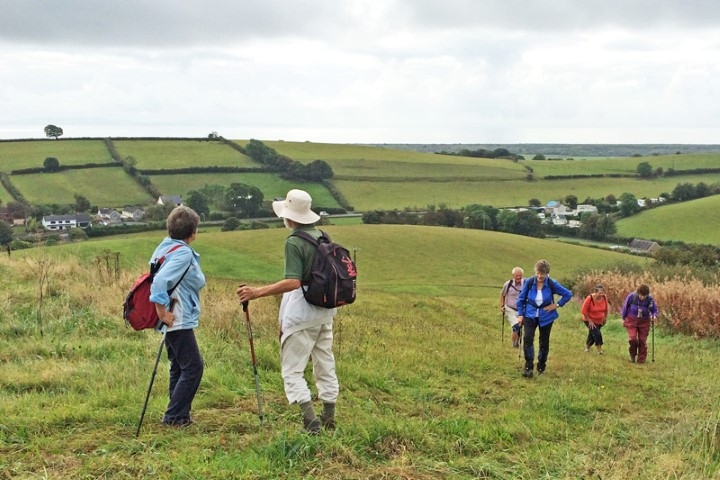 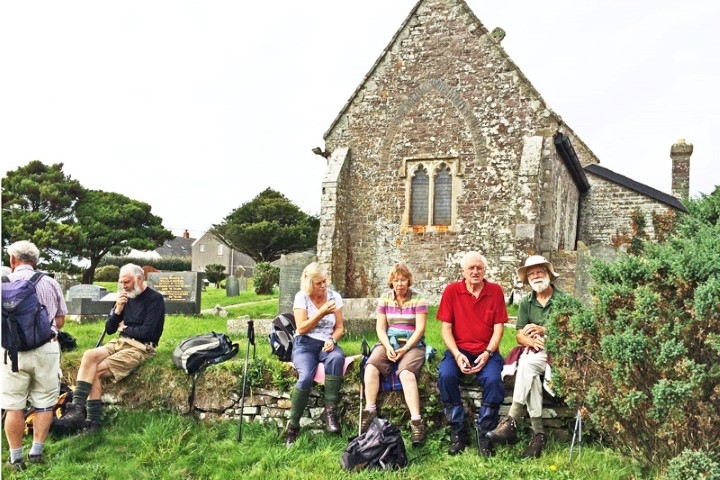 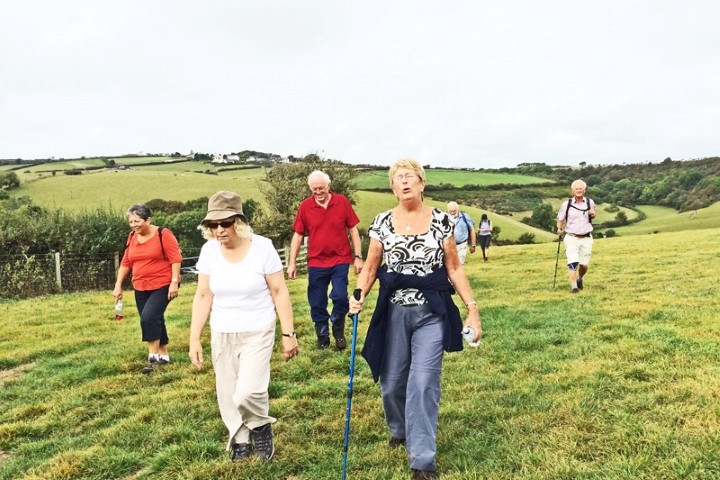 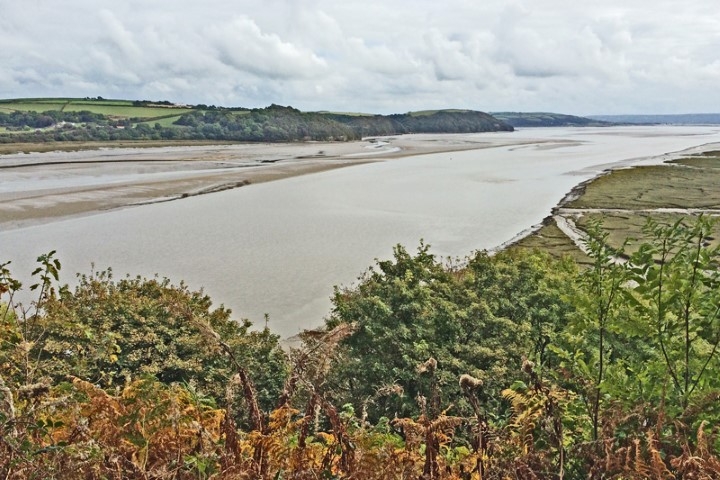 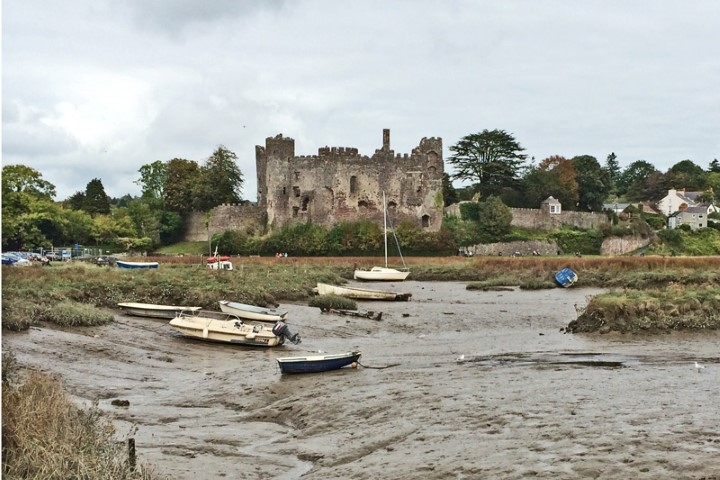 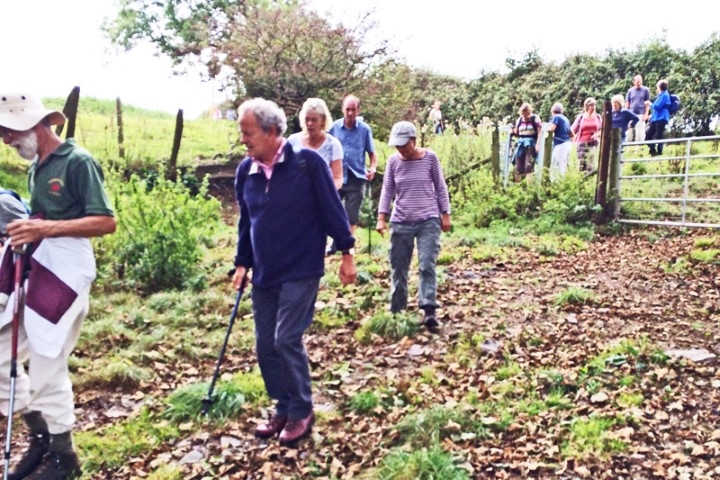 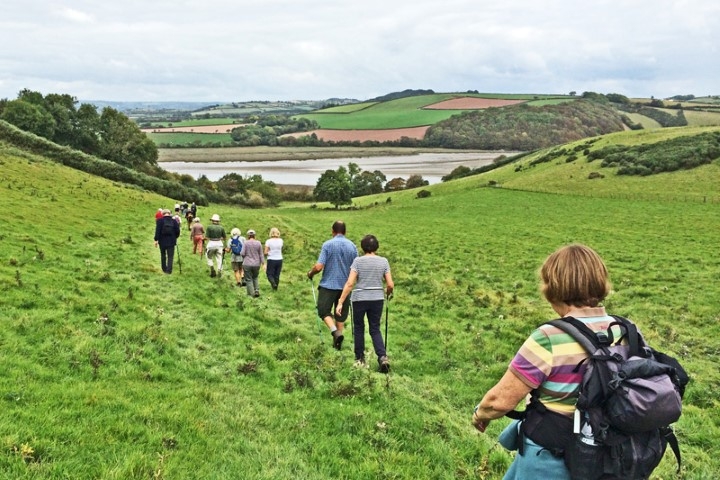 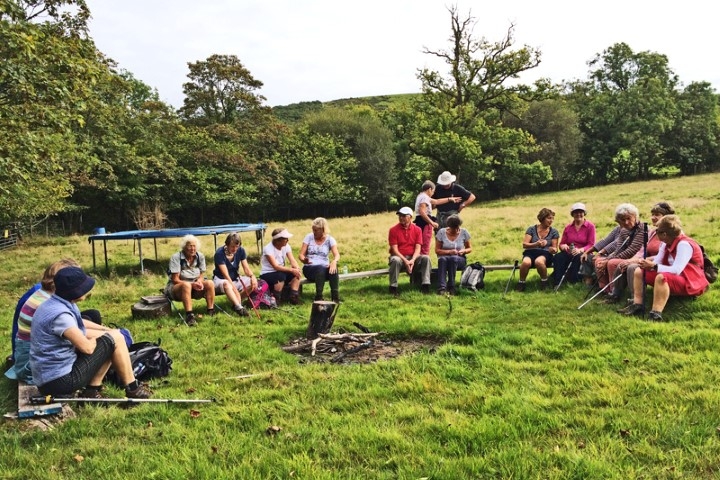 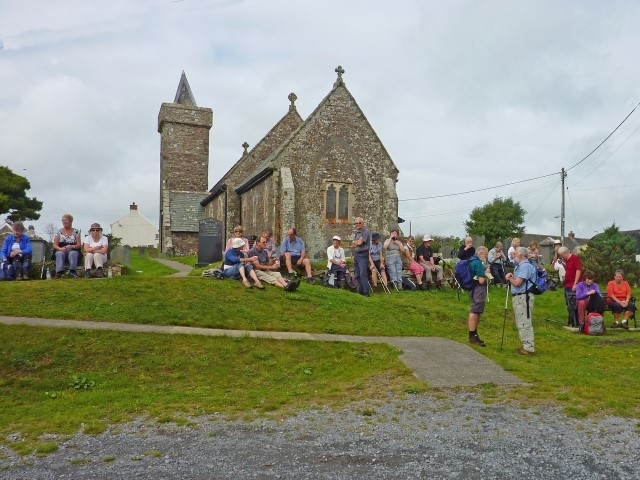 The walk went inland along tracks, across fields and valleys where despite the distant mist, views over Gower and Caldey were visible.  Llansadurnen village and church was reached where a coffee break was taken. (see picture). After transiting more fields and a bit of roadwork near Broadway the coast was accessed after a steep descent through some trees. The track continued past Salt House farm, along the Dylan Thomas birthday walk and back into Laugharne in time for lunch near the castle.   Five members dropped out at this stage but we were joined by a further nine (total 32) for the three mile afternoon section. This track went uphill over some fields and came out further up the estuary at Delacorse where the prolific vegetable garden was admired. The opportunity was taken to use some benches near an unused campfire to have a coffee stop. After that it was a gentle stroll along the estuary, past the boathouse and back into Laugharne. To complete the day many members went to the nearby pub for some well earned refreshment.  All in all a very enjoyable day with good interaction between the people from the various sections of U3A.