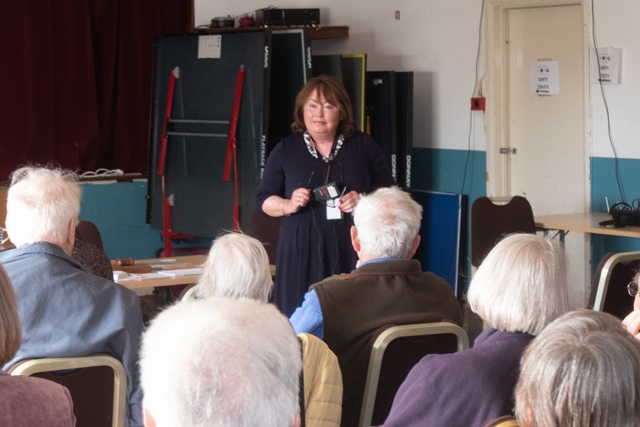 Eleanor Parker gave a most interesting and enlightening insight into the work carried out by the Royal Voluntary Service.  It is difficult to move away from wishing to refer to the Service as the WRVS, perhaps because that was how it was known until 2013 when it was decided, because of the number of male volunteers, it should simply be known as the Royal Voluntary Service.

Founded in 1938 by Lady Stella Reading, and then known as the Women’s Voluntary Services for Air Raid Precautions, it is now the largest volunteering organisation in British history.  The Queen granted the organisation Royal status in 1966 in recognition of the work undertaken by the Service.  There was a time when each Hospital had a WRVS tea bar sadly now replaced by Costa!

Eleanor spoke in the main on the subject of befriending. The Service has become a leading organisation in the field of social care, and has around 20,000 volunteers who give of their time to help make communities stronger particularly providing support for older people to remain active.