Russell Weblin-Grimsley is the principal auctioneer at R.W.G Auctions and has been auctioneering for some 20 years, Joined us at our July  Meeting on the 3rd. 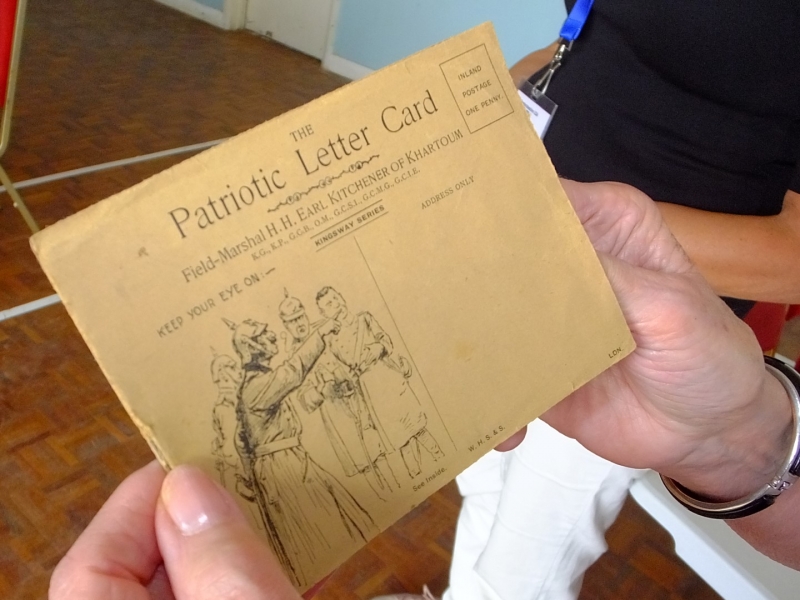 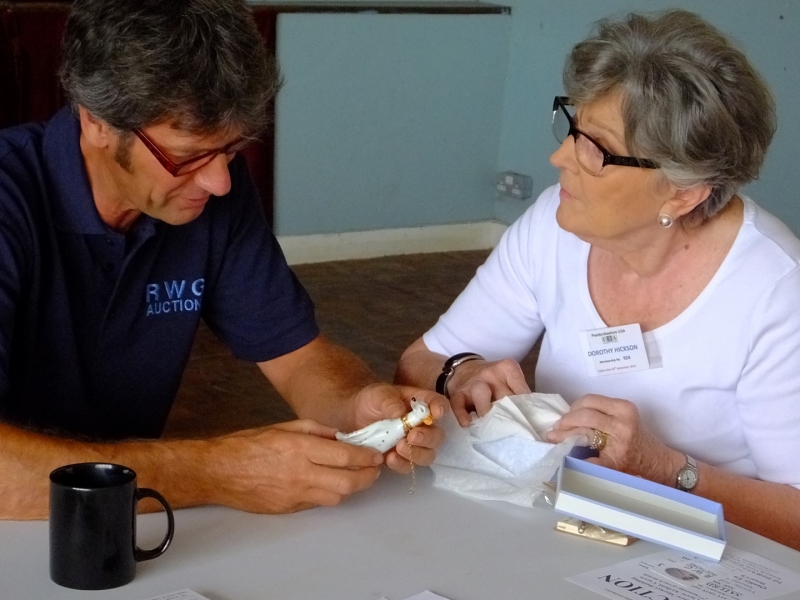 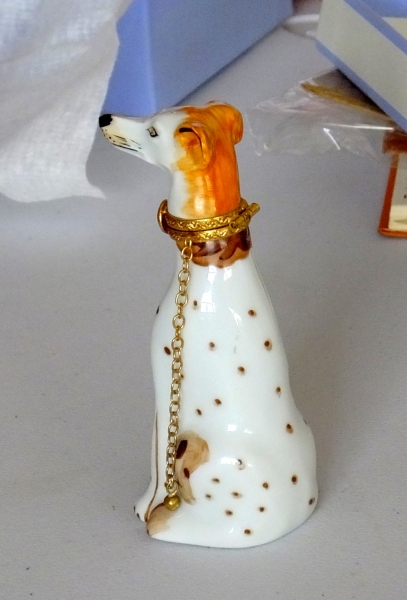 (Click on Images above to enlarge)
Dorothy Hickson: “The charming little dog with the gold collar is Limoge porcelain and was a very unusual hat pin holder. How you ask? well his head is hinged and when you tilt it back it has room for the pins. Russell said he had never seen one before and was happy to value it at about £60 to £80. The patriotic letter card was one my father had kept from his activities in the First Word War/ If you hold it up to the light there is a reverse silhouette of Lord Kitchener of Khartoum.”

(Click on Images above to enlarge)
Peter Kift  “Old early Victorian pocket watch with a spring and chain driven movement, probably made in London. It has an unmarked watch face with no makers name both of which are unusual. The glass magnifies the face to make it easier to read. In working condition with repairs to the case value £500 to £700.”