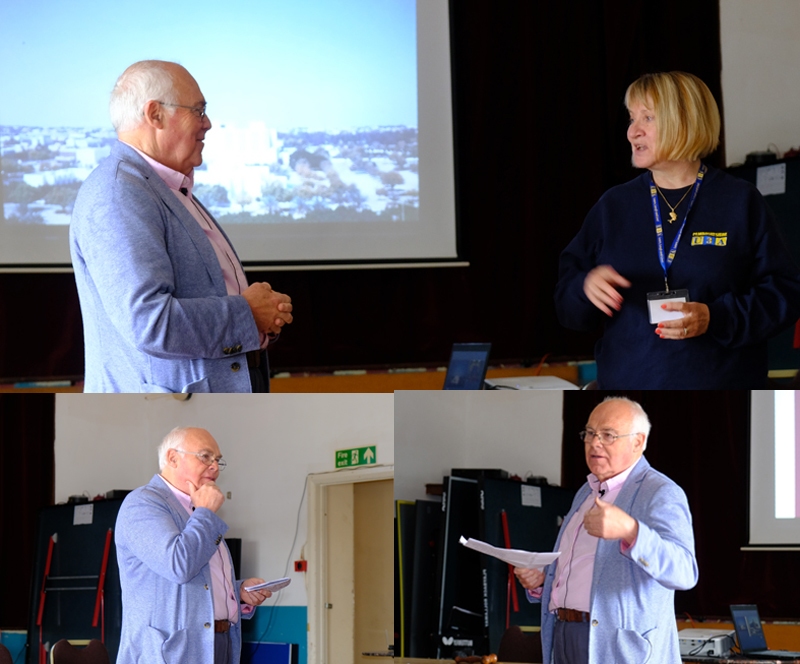 Barry Vaughan was brought up on a farm near Clarbeston Road and attended Haverfordwest Grammar School so he is a familiar figure with many of our members.

Barry was employed as general manager at Withybush Hospital and when this job folded he found work in a very large, modern, high-tech hospital in the Royal Commission hospital Jubail, Saudi Arabia.  There are two directorates of the Royal Commission, Jubail is on the east coast near Kuwait and Bahrain and Yanbu, is on the west coast near Jeddah and the Holy City of Mecca.

There are very distinct rules which foreigners have to follow when living in Saudi Arabia.  Because he was in overall charge of the hospital he was the person who had to mediate with the authorities when a member of his staff knowingly or more often or not unknowingly broke one of these rules.  Some of the problems that he encountered had the audience in fits of laughter but the way he dealt with the problems was imaginative and could have had serious consequences if he hadn’t been so diplomatic.
He was in post during the first Gulf War and he vividly described the terror when the oil tanks at Kuwait were set alight, apparently the smoke was so dense that day was turned to night and the once prestine white hospital was turned black.

A big thank you is in order because Barry came to talk to us at very short notice, nevertheless, he gave us a fascinating insight into living and working in a country with such a different culture.