Pembrokeshire U3A Visit to the Senedd in Cardiff

A party of over forty members representing all of the U3A Groups in Pembrokeshire visited the Senedd Building on
Tuesday 30th November. We were given an informative and entertaining talk on the Senedd and the impressive building that houses it. We ended our visit by watching First Minister Questions and two statements by Cabinet Members, including the Education Statement making it clear
Welsh students attending University will not be paying the increase proposed for their English counterparts! 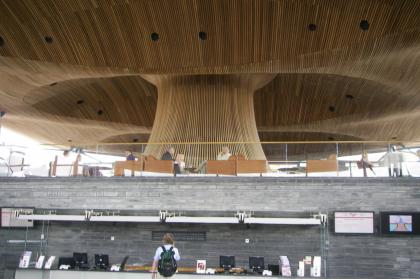 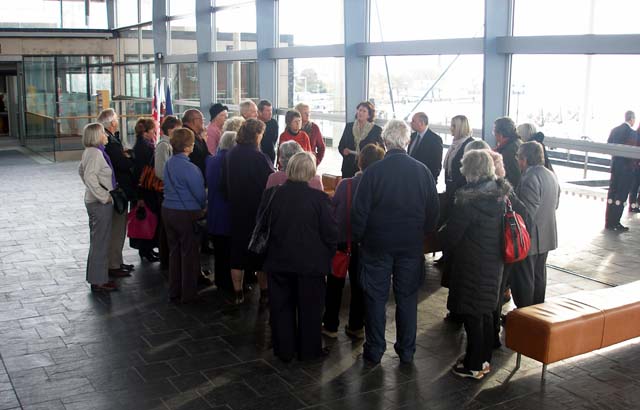 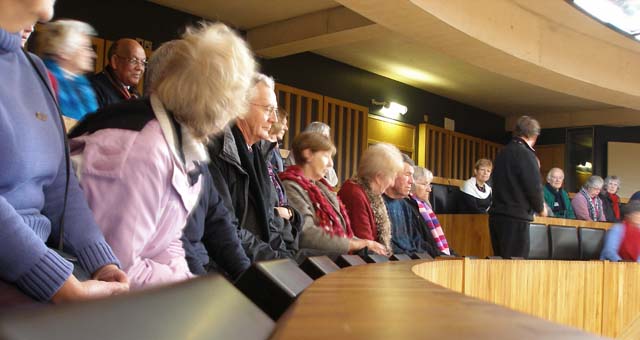 Royal Agricultural College, Cirencester, Gloucestershire. 23-26 August
We arrived early as is Frank’s wont only to be drenched with horizontal rain. The domestic staff at the college had to
cope with widespread floods, so we were delayed getting into our room. When we did get to our room it was to find one
bed soaked and the other with wet bedding. The two strong men bringing the “new” mattress commented that it was a
new one. The significance of this remark was not apparent until the next morning when Pat said that her springs had
gone “twang” all through the night. Frank refused to swap beds. Frank found the exhortation on the peg board that all
shotguns had to be handed in on arrival, and that any student bluetacking pinups to the wall would be heavily fined if not
drawn and quartered, all rather alarming. 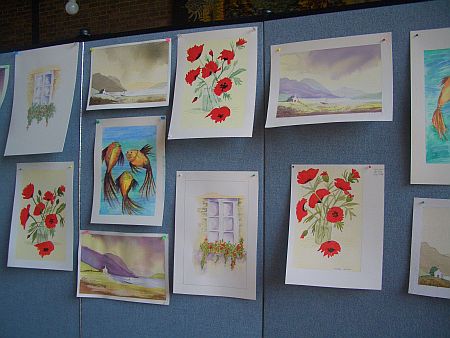 But let us get down to the studying. Pat was doing geology which turned out to be the study of stones used in the
building of Cirencester and Gloucester [in the pouring rain]. The tutor was an excellent guide and so enthusiastic about
her subject that to the alarm of her family, she had visited the active volcano that recently gave so much trouble to
aircraft. On the volcano she had put her ear to the ground to listen to it’s rumbling tummy!!

Frank, now don’t laugh, was to study “Story telling”. He protested that the WEA had told him that he wasn’t to wave his
arms or pick his nose when addressing the public. Now he was told to do just that and more. He overheard the comment
that “we get one in every class.” Things went down hill after that, and it wasn’t until he told the story of his father which
has been included in the recently published book by our own Francis Beckett “Firefighters and the Blitz”
that he beat the “Myths and legends” camp.

The food was good, varied, and plentiful. No wonder that the modern youth are so big. It sure beat the beans on toast
that was my staple diet at college. The booze was in plentiful supply in the students union bar situated in an old tithe
barn. The U3A organisation was up to standard and the college domestic staff were friendly and helpful.
The company of our fellow U3A members was the icing on the cake.

“Sea Fever -The Bristol Channel and Beyond”

A study day hosted and organised by Porthcawl U3A at the Hi-tide, Porthcawl on Tuesday 12th October 2010

Half a dozen Pembrokeshire U3A members arrived around 10.00am to registration and a warm cup of coffee.
The Study Day was formally opened at 10.30 by the Chair of the Porthcawl U3A followed by a fascinating illustrated talk on
“Sir William Reardon Smith – Ship owner, master mariner, and Philanthropist” by Dr. David Jenkins. 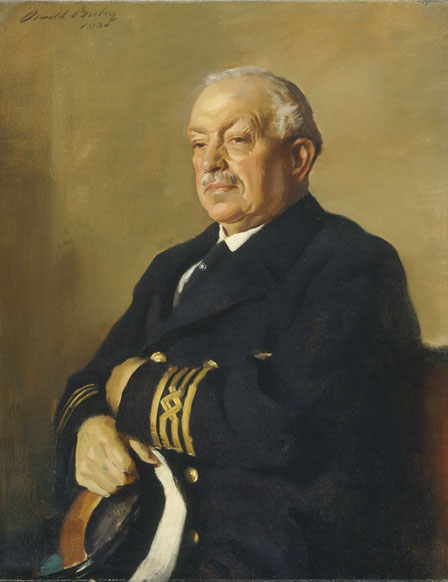 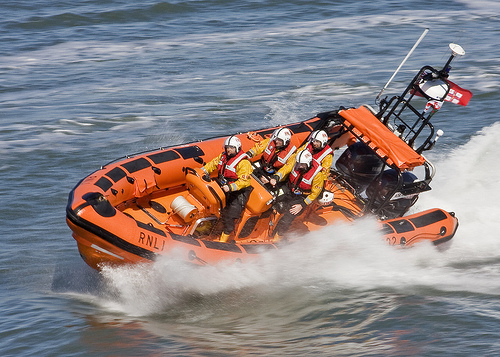 This was followed by an informative and amusing talk on the work of the RNLI and
Porthcawl inshore lifeboat by John Williams MBE
supported by three currents member of the local lifeboat crew.
Between 12.45 and 2.15 pm we had lunch provided by the H-tide and this was followed by – “The Bristol Channel Tsunami” –
discussed by Professor Simon Haslett

Back to Top of Page