U3A Expedition on “The Heart of Wales Line” to Shrewsbury 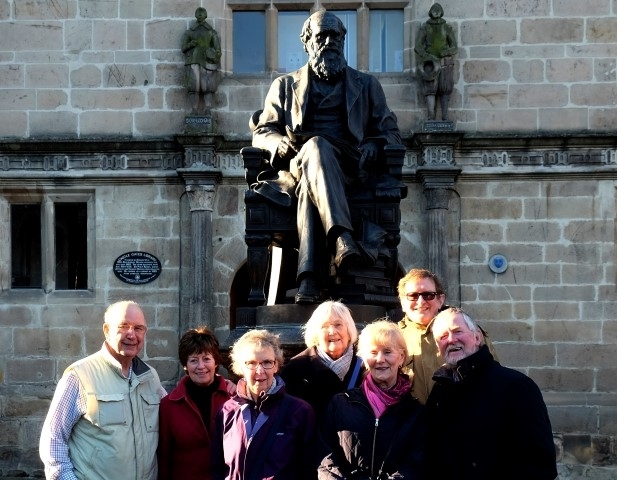 Seven Pembrokeshire U3A members embarked on the two day return trip to Shrewsbury along the Heart of Wales Railway Line.  We made use of the Arriva Club 55 Scheme that allows one to travel anywhere in Wales and parts of the West Midlands of England for £24.00 return.  This linked in with the ability to use a bus pass issued in Wales to travel anywhere from Swansea to Shrewsbury.  The club 55 Scheme ends on the 27th February and free travel using a bus pass end at the end of March 2016 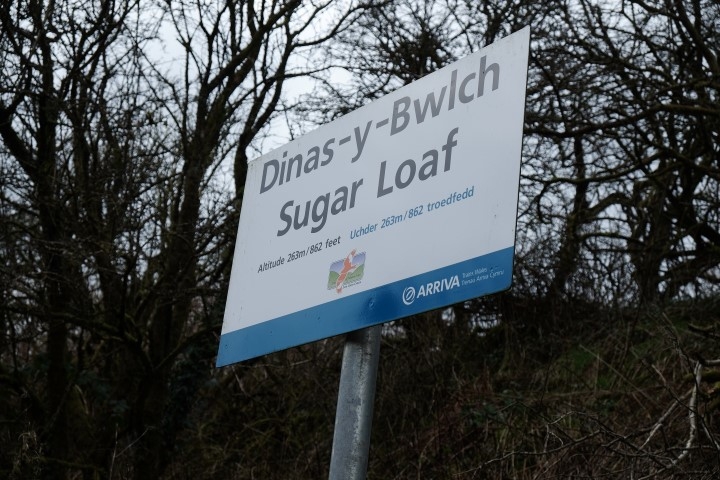 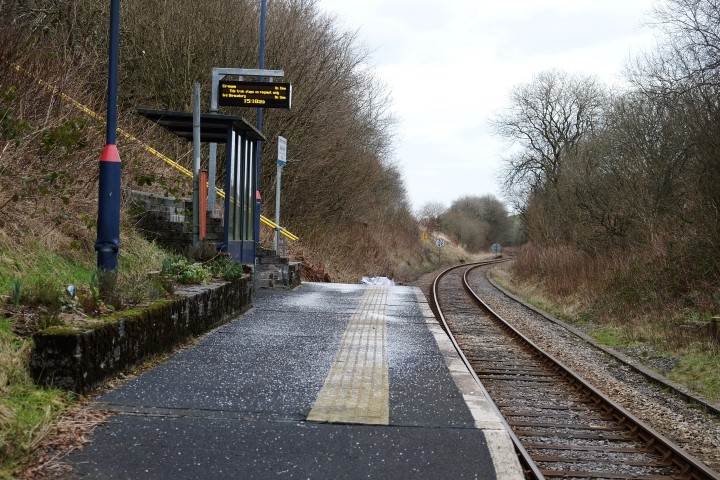 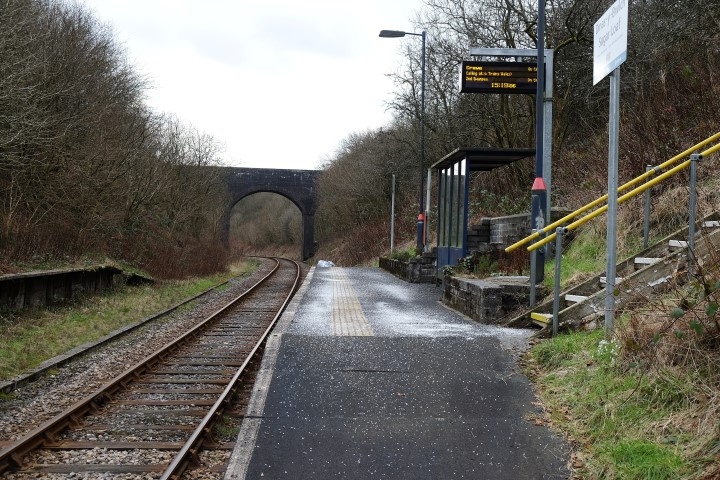 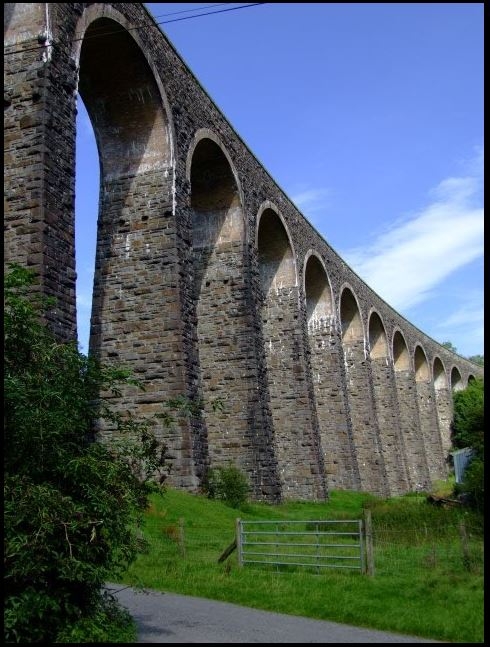 Catching the early train from Milford we arrived in Swansea with a half an hour wait before setting off in the quaint single coach train to Shrewsbury.  We were stunned to find the train packed with travellers.  Every seat was taken and some had to stand.  Another more, a pleasant surprise was to meet a small party of Llanelli U3A Bowls Group heading to Shrewsbury and staying in the same hotel as us!

Travelling along the Heart of Wales Line you cannot fail to be impressed by its rugged beauty.  The weather was splendid – bright and sunny, so we had magnificent views of tranquil villages and the picturesque spa towns scattered along the 121 miles between Swansea and Shrewsbury.  It was a feast of panoramic views including the beautiful Llwchwr estuary near Llanelli, the meandering river Tywi between Llandeilo and Llandovery.  We saw red kites in the skies above the Eppynt Hills overlooking Llanwrtyd Wells (the smallest town in the UK) and LLangammarch.  Then on into what was the Radnor Forest, and through Llandrindod Wells and Knighton, to the remote borderlands of the English Marches.  In passing we crossed the magnificent curved Cynghordy Viaduct and on to the summit (the highest point on the line) and the Sugar Loaf Tunnel.  Later came the Knucklas Viaduct with its 13 arches and looking down on the village nestled in the valley below. 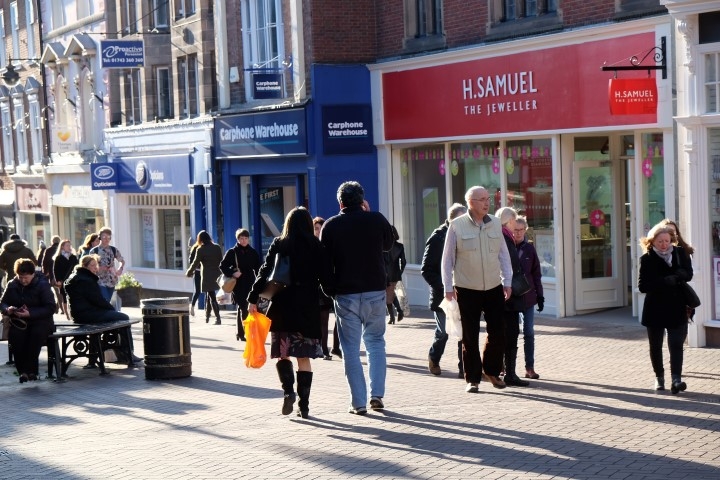 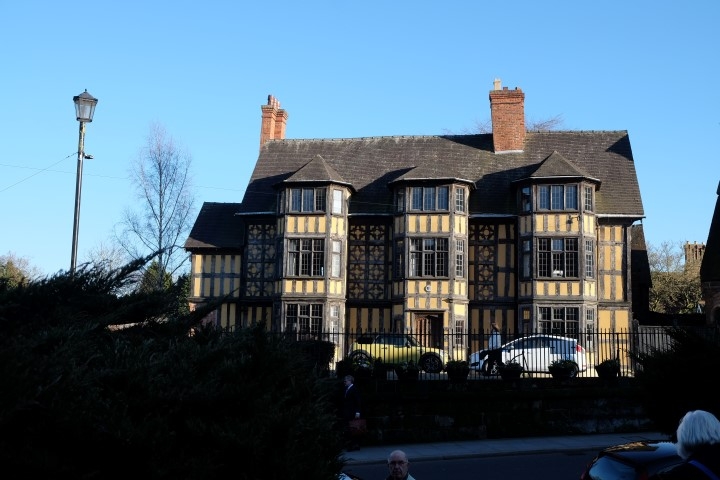 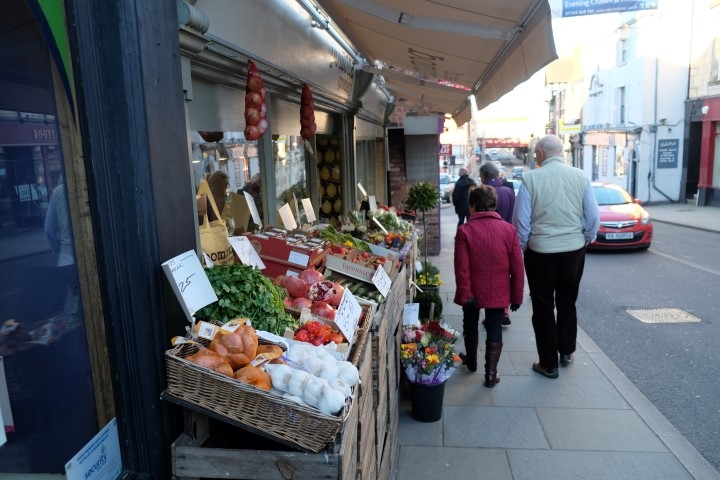 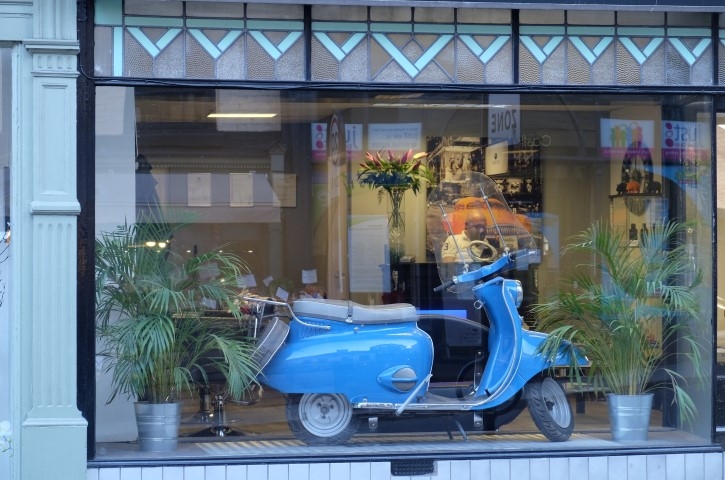 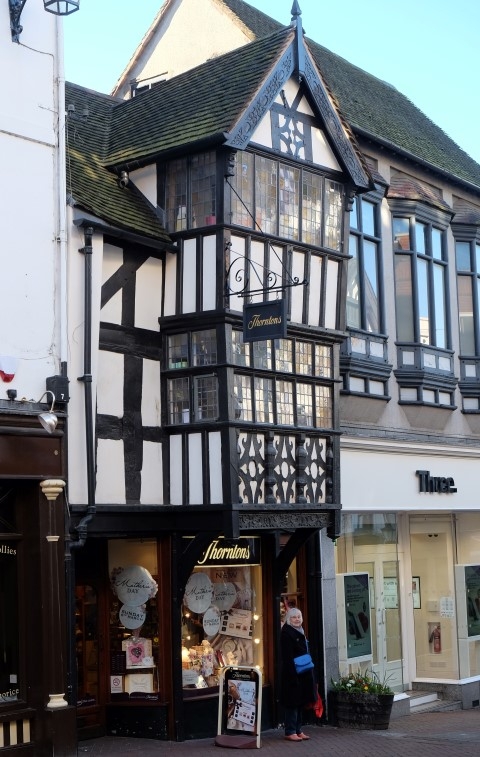 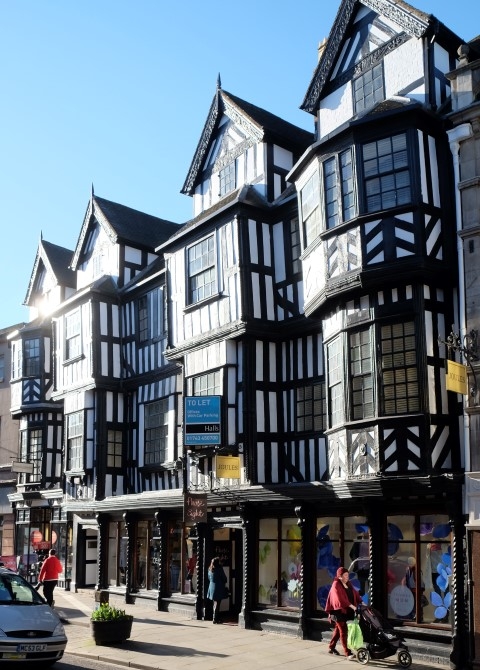 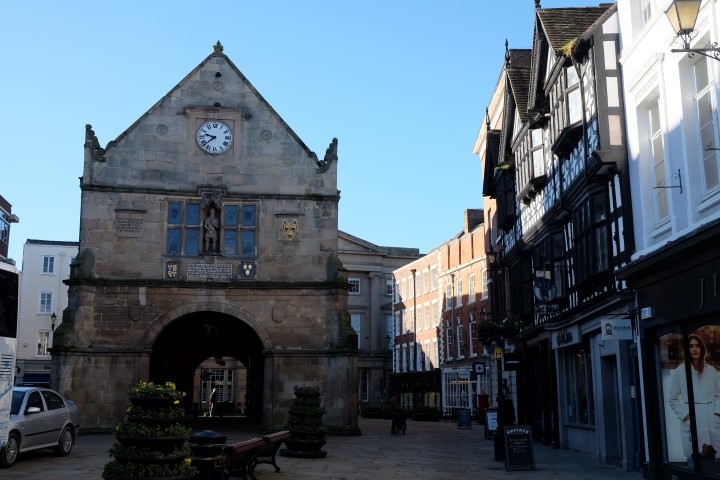 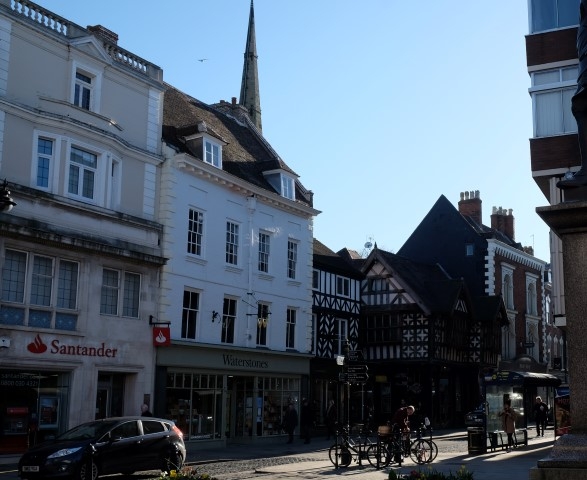 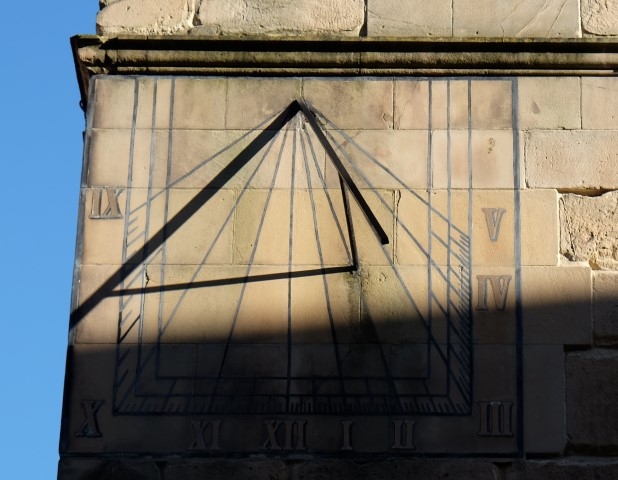 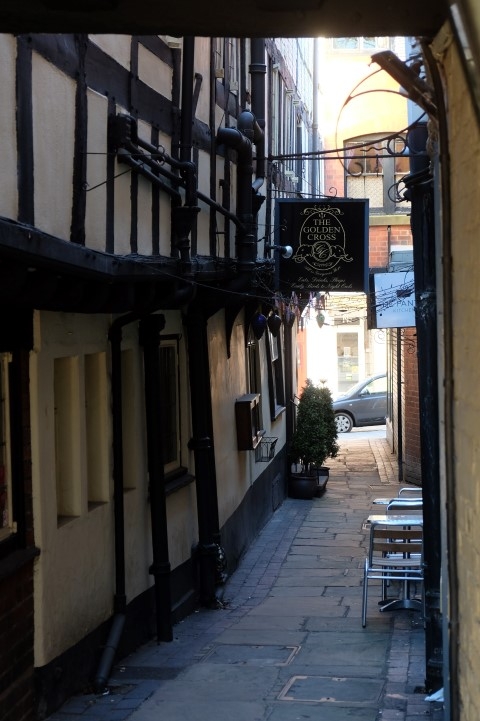 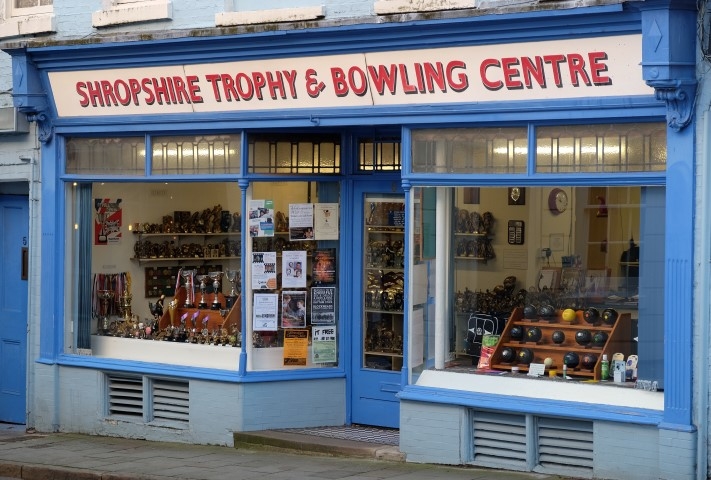 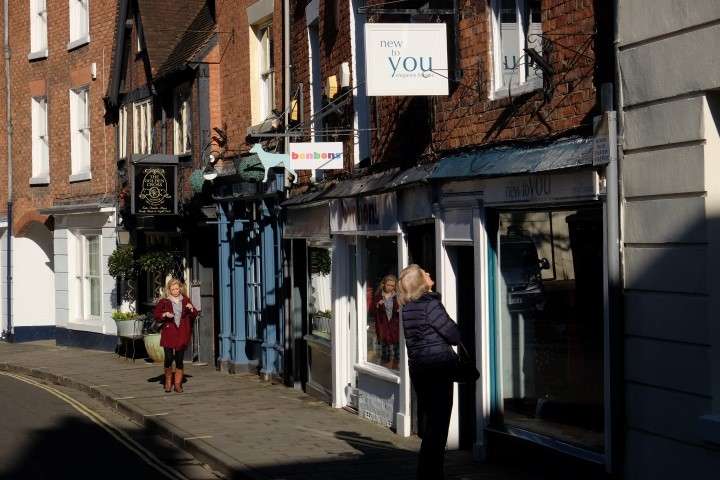 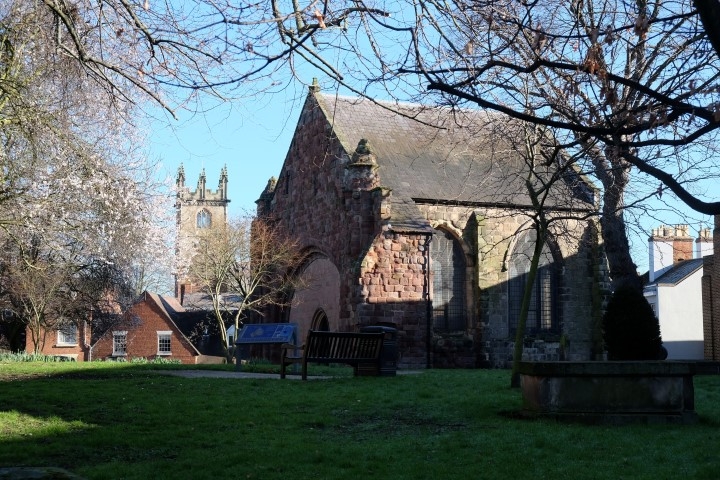 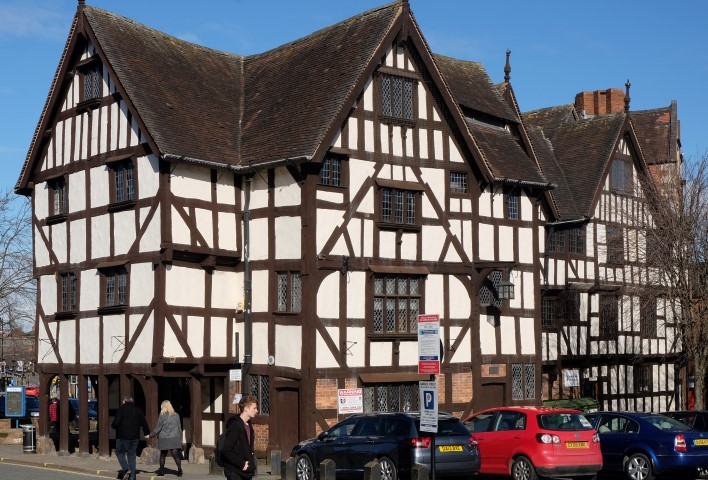 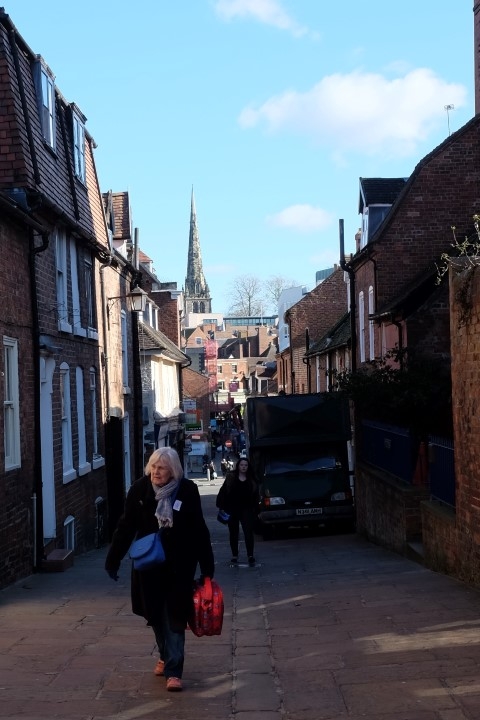 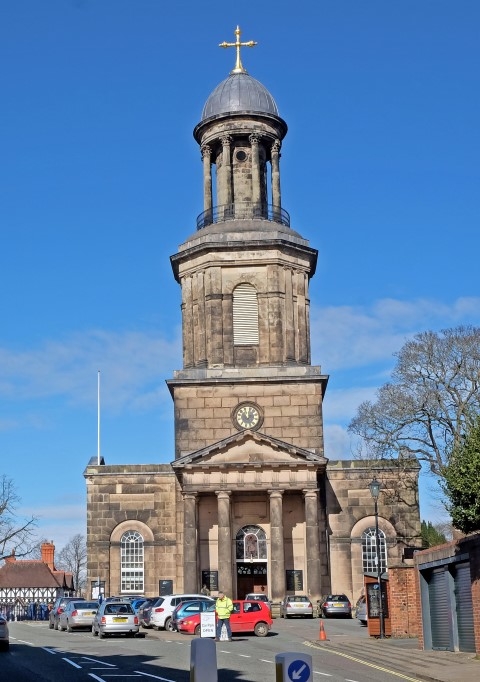 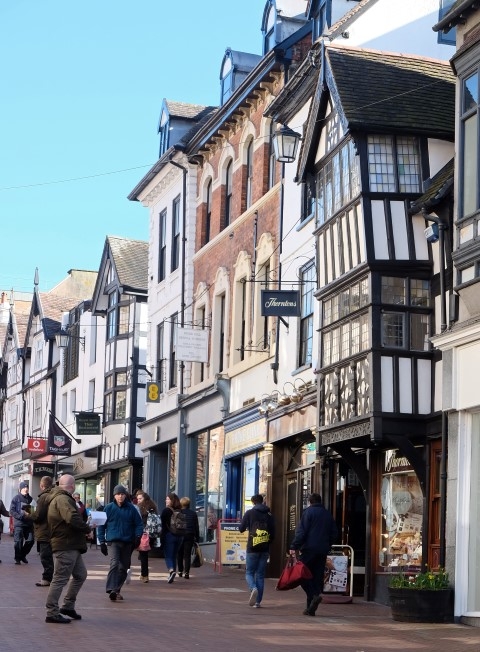 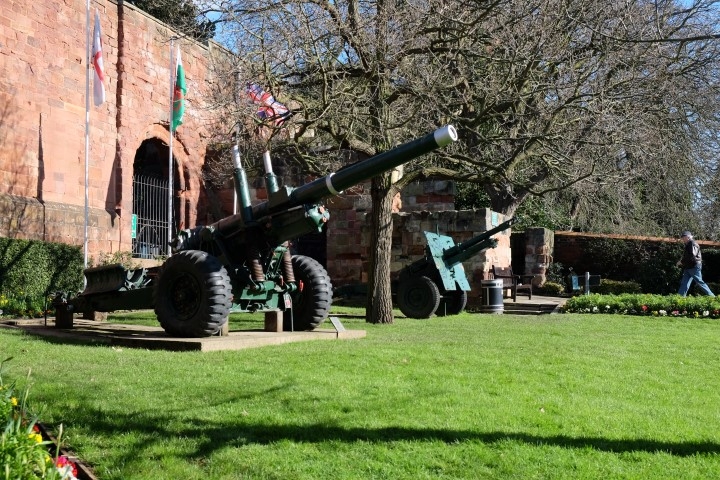 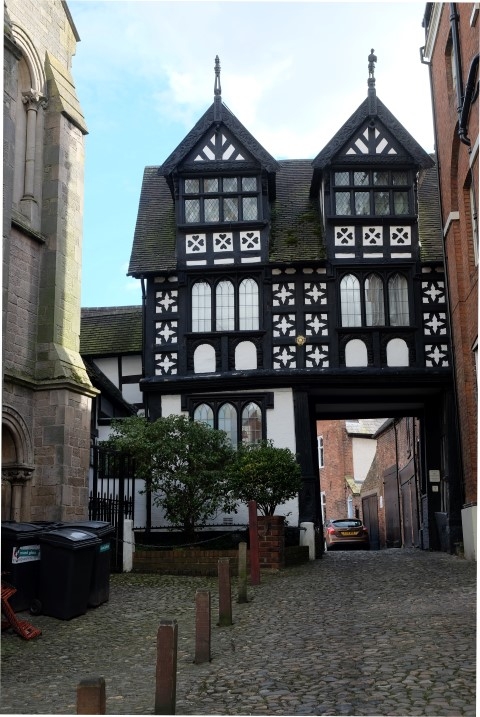 At about 1.30pm we pulled into Shrewsbury’s fine old railway station, and took the short walk to the Premier Inn to check in and for a brief rest before setting out to explore the town.  The seven of us wandered through the town centre getting our bearings, looking for somewhere for our evening meal and taking in the atmosphere of this fine old market town. Colin nearly bought an astronomical telescope that featured in a shop window, and as we returned to the hotel passing the Castle, we came upon the County Library with a fine bronze statue of Charles Darwin gracing the entrance.  A kind American tourist took our photo with the ‘great man’ gazing down at us.  In the end, and because no-one wanted to face the cold outside, we decided to eat at the hotel.  We passed a convivial evening chatting, eating and drinking together.

The following morning after breakfast we disappeared into the town sightseeing and shopping.   There was so much to see before returning to the station by 2.00pm for our return journey.  Scrobberbyrig, the Saxon name for the town, looked beautiful in the winter sun.  With the River Severn looping round the old town and the famous English and Welsh bridges.  We saw Laura’s Tower in the grounds of Shrewsbury Castle which also houses the Shropshire Regimental Museum.  We had little time to explore the medieval buildings and the narrow passages between them, but some of us managed to wandered through Wyle Cop with its numerous black & white buildings – the Tudor Mansion being a splendid example.   Some saw the imposing St Chad’s Church, which features the tombstone of Ebeneezer Scrooge in the churchyard, but, of course, he is not buried there.  Scrooge is a fictional character from Charles Dicken’s “A Christmas Carol”.  His grave is a prop left over from the filming of the entire story in Shrewsbury  in 1984.  Finally Shrewsbury Museum is well worth a visit with some excellent displays and a rather special cafe,  that hosted a large party of knitters while we took a break.

Everyone made it safely back to the train, which fortunately was not as crowded for our return journey.          Geoff Winterman