For several years we have enjoyed entertainment as part of the Annual General Meeting this year this was provided by The Ukulele Pirates.  Ten enthusiastic musicians who played Ukuleles of varying sizes, guitars, and piano accordion it was an absolute treat.  There were songs of past eras, to which many of our members were able join in and our Chairman took to the floor with a gentleman who had been brave enough to dance alone (caught on camera!) , well done to both of them.  The Venue had been changed so we were warm and the buffet lunch was outstanding a truly memorable morning 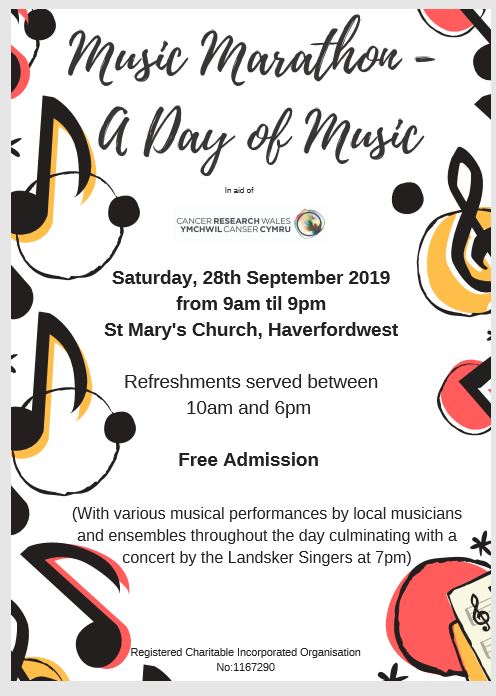 Today’s was an informal meeting introduced by our Chair Penny Thomas, and followed by an enjoyable and entertaining quiz devised by Peter Brown and presented by Derek Church. 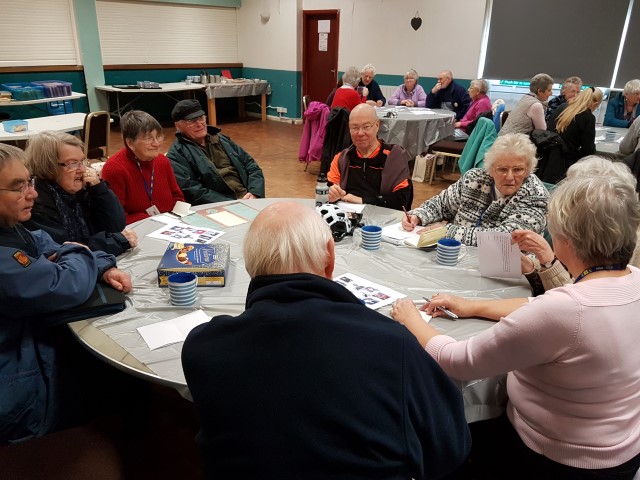 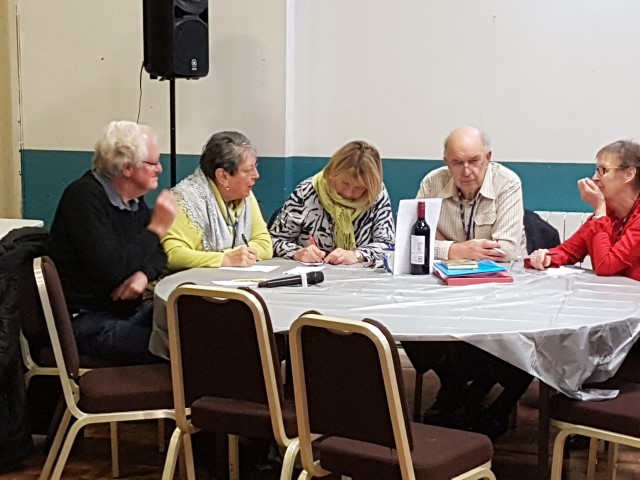 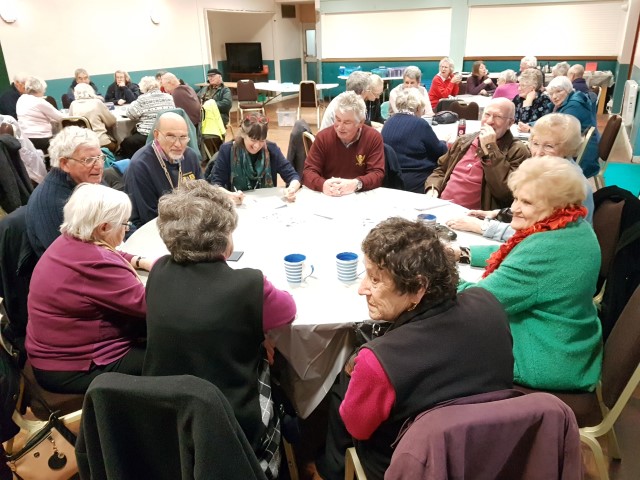 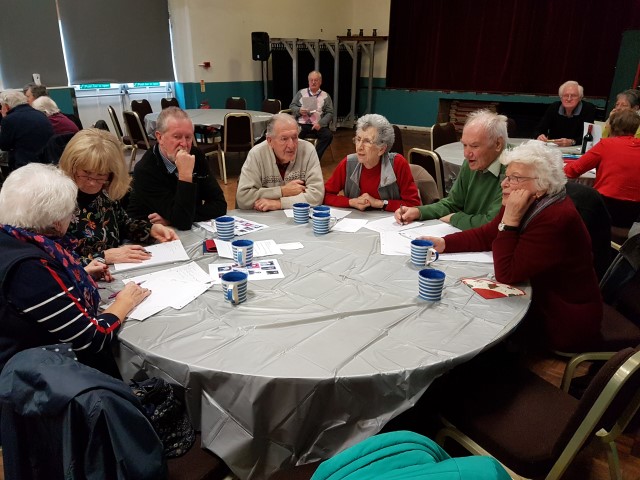 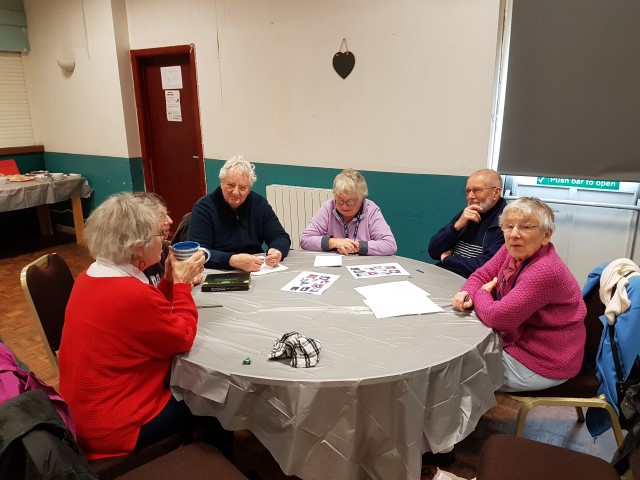 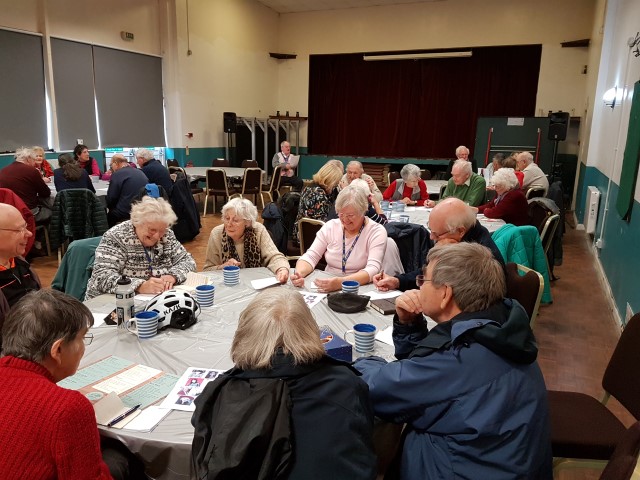 Winning team (below) called ‘Odd Man Out’ since either the team was all ladies plus one gentleman, or
because they considered their ‘gentleman’ to be odd.  The team members consisted of:
Janine Crooks, Helen Kift, Anne Hyslop, Enid Lawrence, Shiela Evans and David Pinch The AGM  took place on Thursday 7th December.   The full report will be in next month’s Newsletter.

Following this the winner of the Gentlemen’s Bake Off was once again announced as Bob Matthews. Winner of the Gentlemen’s Bake Off 2017 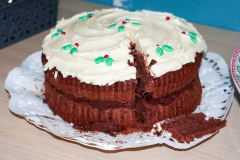 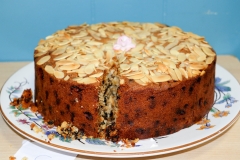 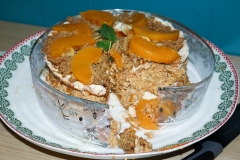 The meeting was then entertained by Fiddlebox. The Fiddlebox duo are George Whitfield on accordion and vocals and Helen Adam on violin and vocals.  More about Fiddlebox here 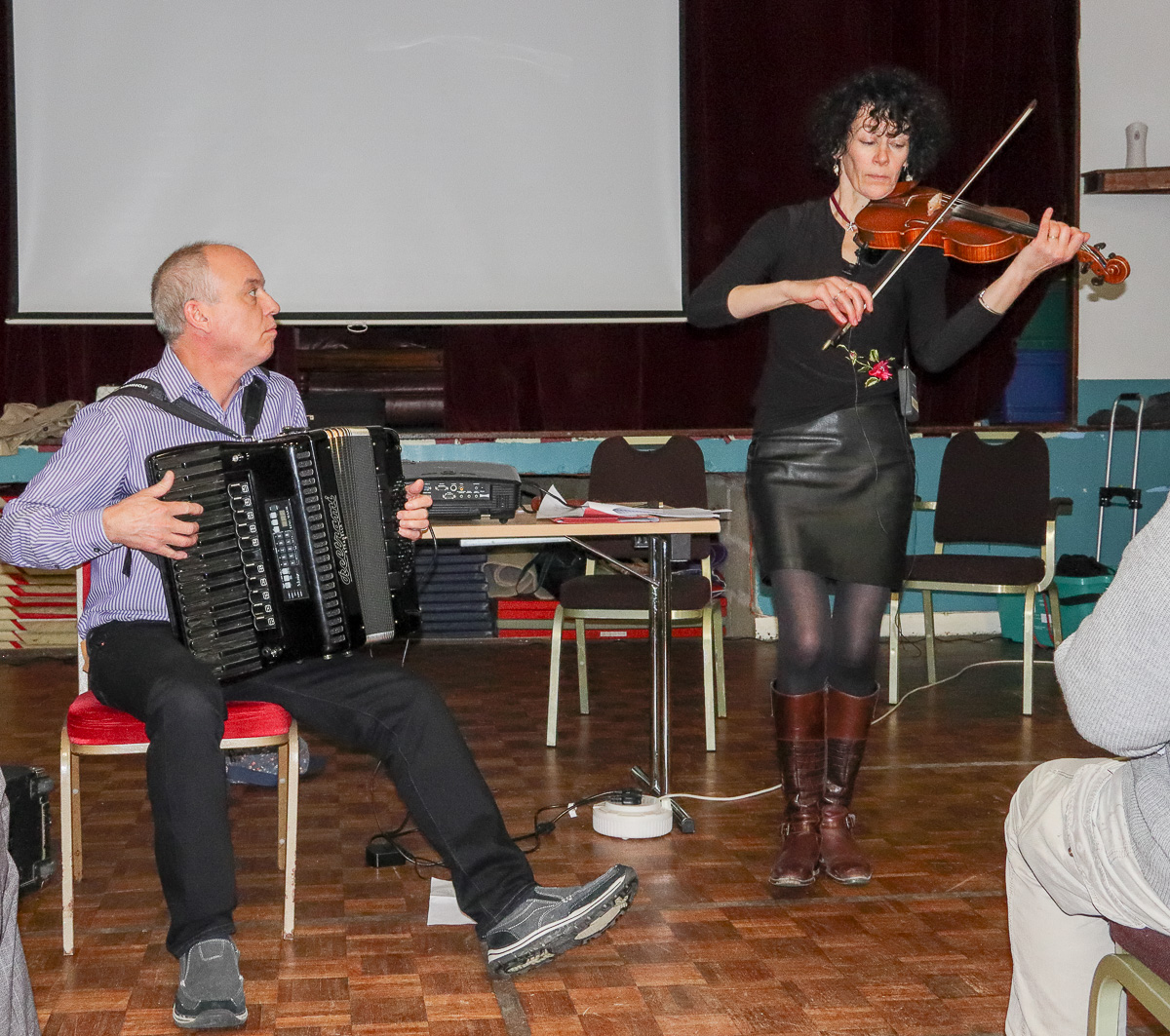 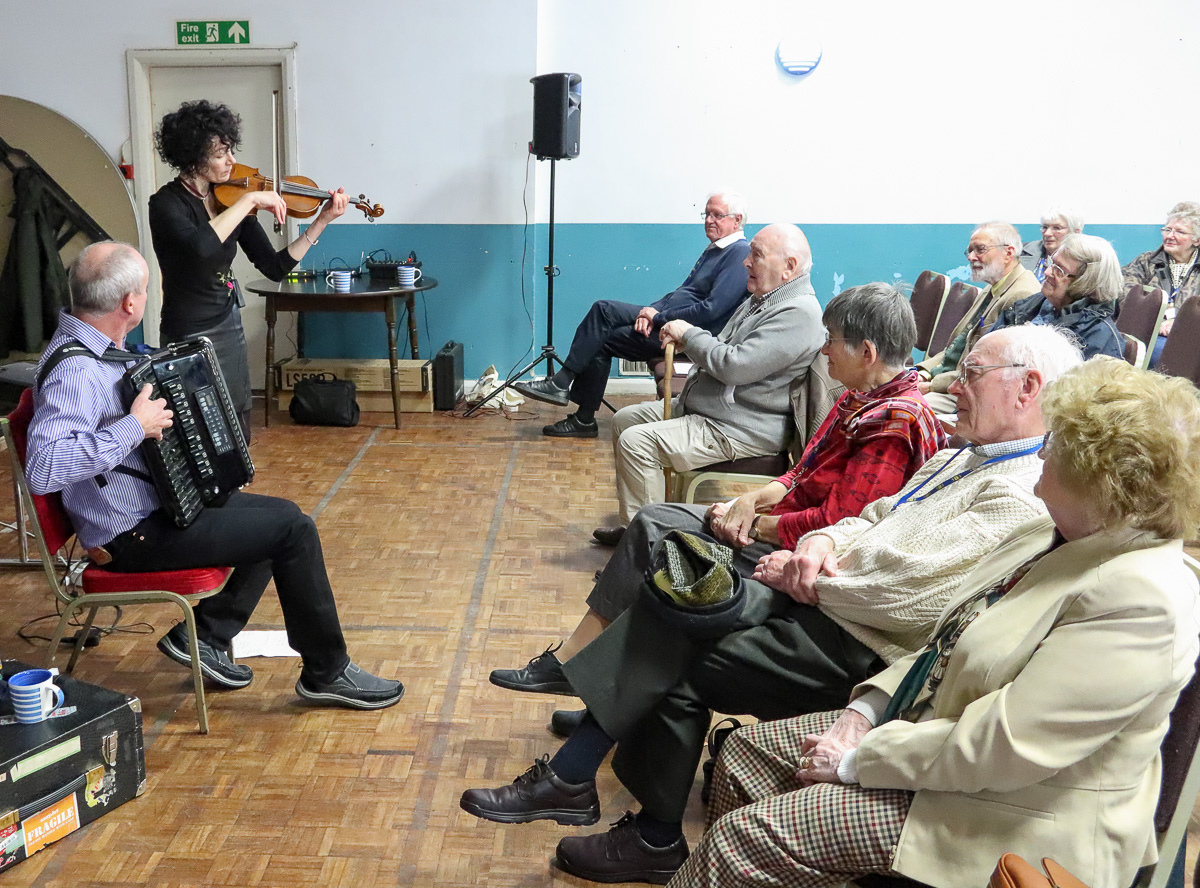 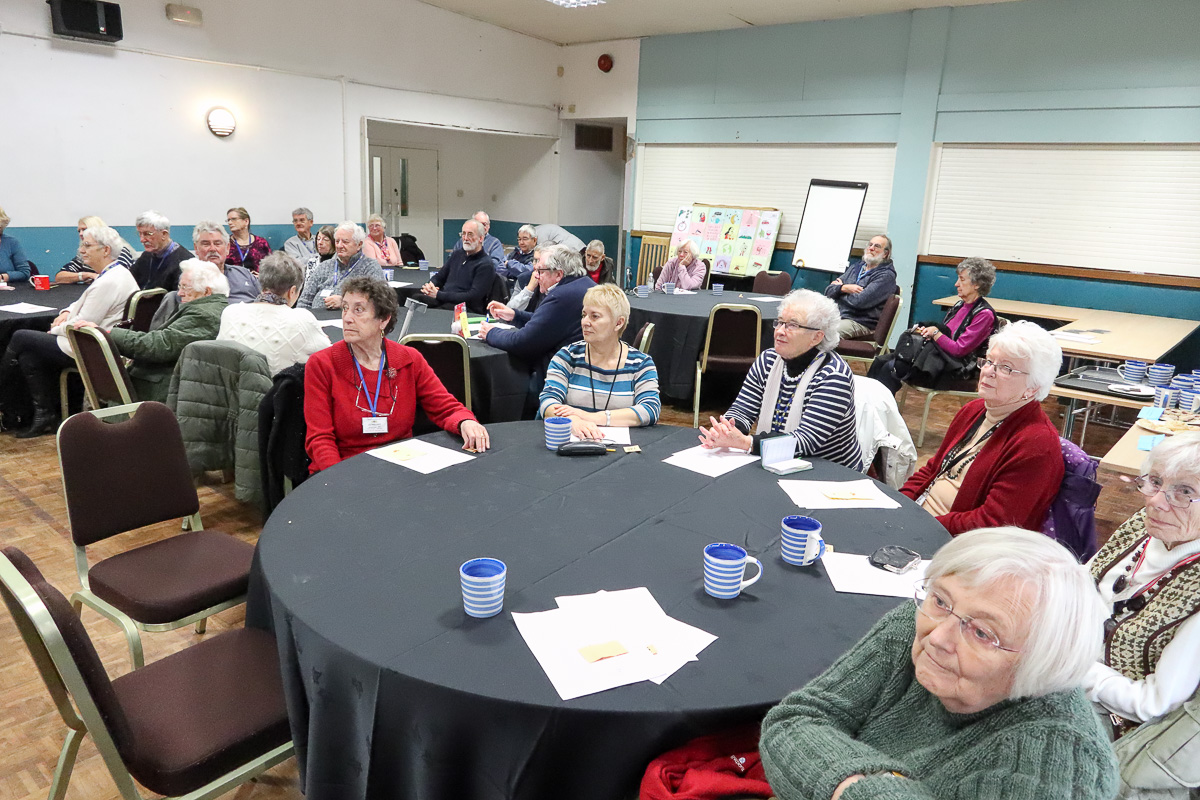 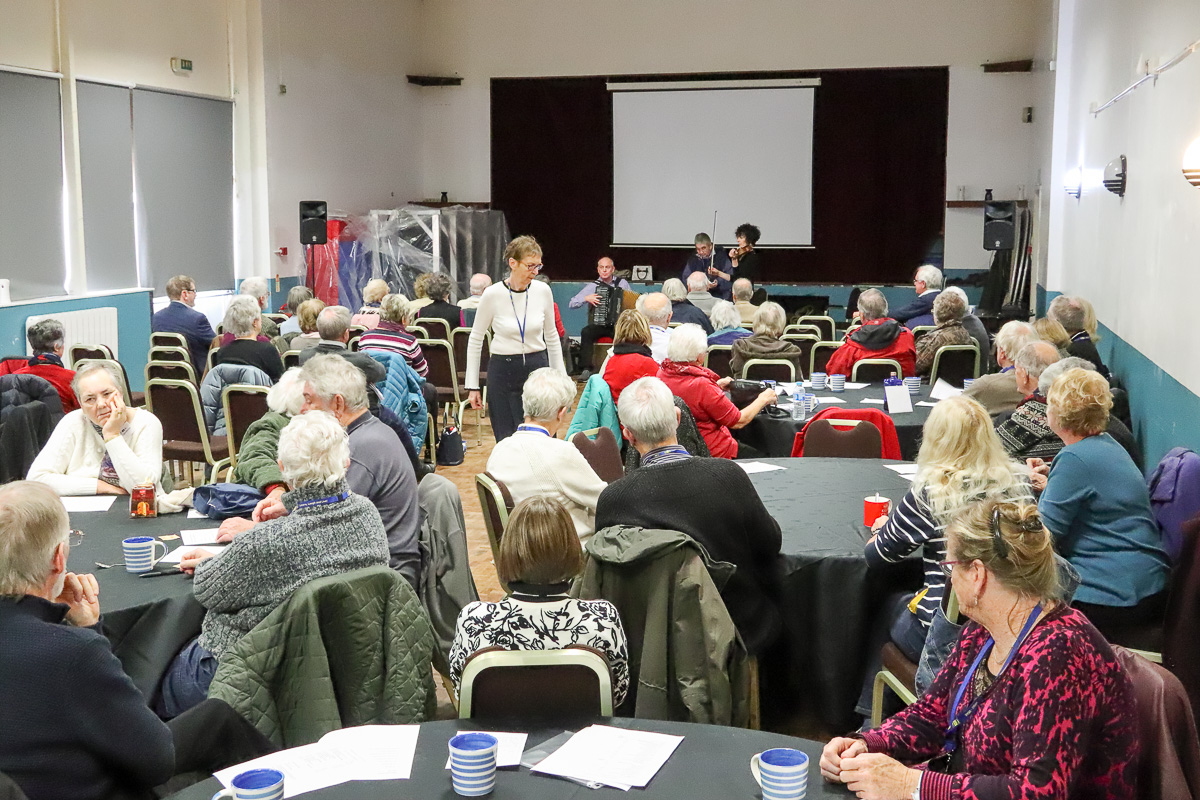 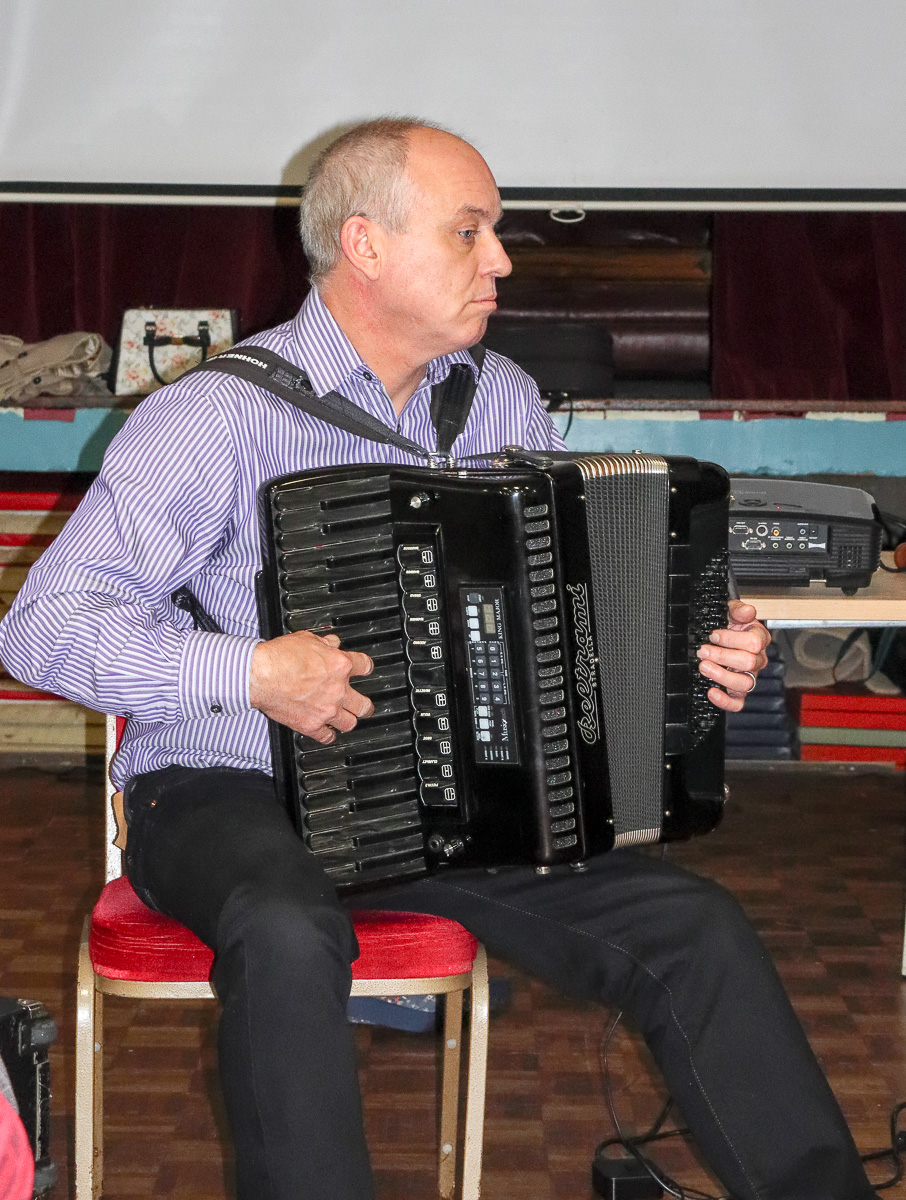 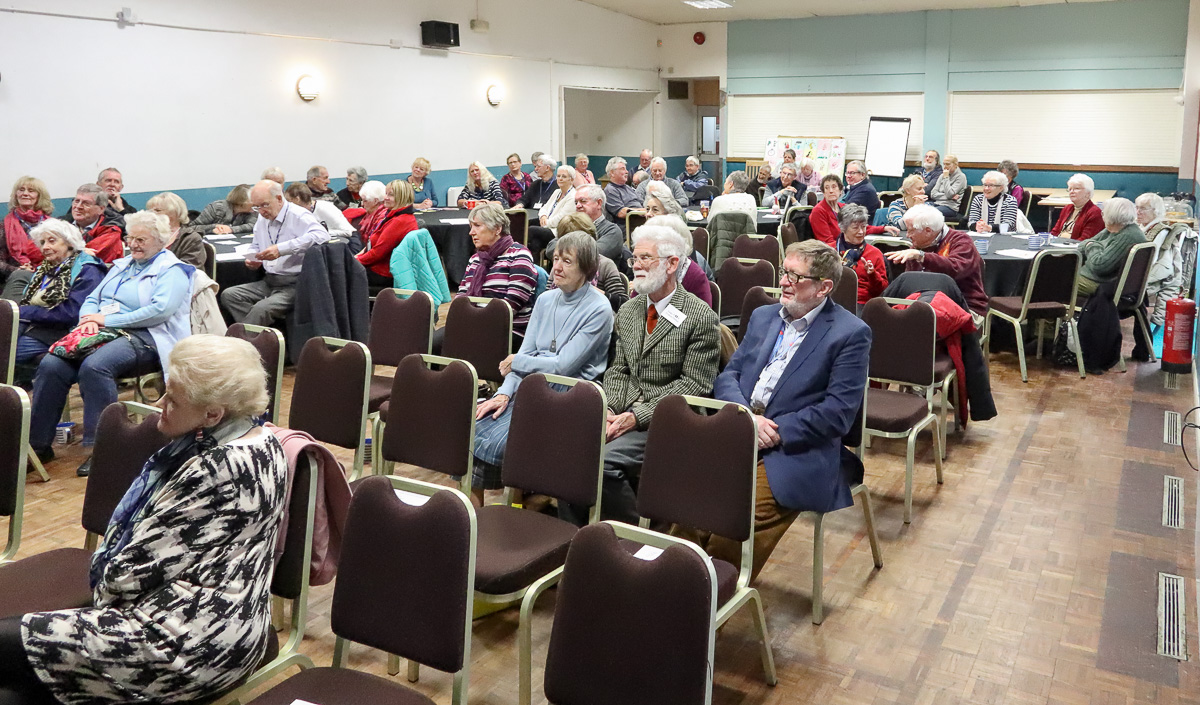 The Pembrokeshire U3A entered six teams in the event competing against teams from Porthmadog, Cowbridge and Bridgend. In the morning session the teams were allocated to four groups, and played a best-of-three match against the other teams in the group. In the afternoon the teams were allocated to further groups depending on their position in the morning. So, Pembrokeshire players Gaynor Evans and Graham George, and Penny Tighe and Chris Harris, having won their group were in the first-place play-off.
Sylvie Lloyd and Tony Tiffen, Wendy George and Chris Clark, and Wendy Perrott and Jane Dunbar were in the fifth-place play-off. The afternoon session was played in a similar round-robin format.

There was a fine demonstration of table tennis skill throughout the day despite a few creaking joints and aching bones. Pembrokeshire’s Gaynor Evans and Graham George were declared 2017 champions and Pembrokeshire took 3rd, 5th, 6th and 7th places to make it a very successful and worthwhile day.

We look forward to meeting again in 2018, and hope that more Welsh U3A groups will enter teams.  Certainly, Pembrokeshire U3A Table Tennis has made friends with the other teams represented and will pursue contacts during the coming months.